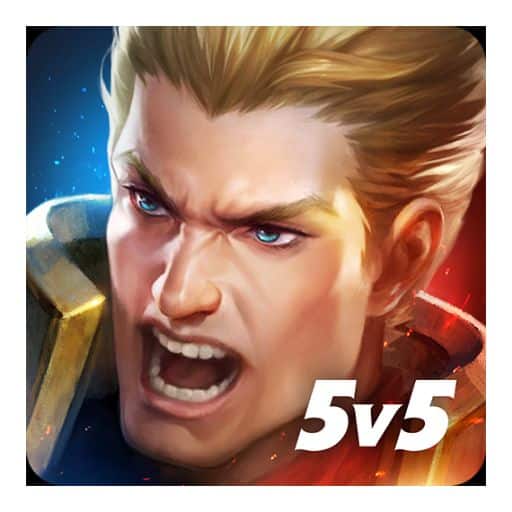 Hey there, from here, you can download Arena of Valor MOD APK which has a Map/Radar Hack modified feature. Arena of Valor is a MOBA game offered by PROXIMA BETA. It has more than ten million downloads on the Play Store. Pick your hero, enter the battle arena, destroy towers, show your opponents what the real skills look like, and be victorious.

Arena of Valor MOD is a 5v5 MOBA game. You will be matched against a team of five players and enter an arena. The arena is divided into 2 sides, red and blue. Each side has a crystal protected by towers. There are 3 lanes: bottom, top & middle. Each lane has 3 towers on both sides that have high HP & damage. All players will be spawned on their side. You have to destroy the opponent’s crystal to win the match. You will start with a level 1 hero.

Here, you can kill minions, jungle monsters & enemies to gain gold and XP. XP is needed to increase your hero’s level in the Arena of Valor APK MOD. You can unlock & upgrade skills on every level. With the gold, buy items to increase the hero’s attributes such as PHY ATK, PHY DEF, ATK SPD, MVT SPD, MG DMG, etc. Items also have unique abilities. You can’t destroy the towers & crystals without minions. The damage of towers keeps increasing with each hit and you can easily die. Destroy towers when they are busy with the minions.

AOV MOD APK has 100+ Powerful heroes with unique skill sets. Use Airi, Aleister, Brunhilda, Gildur, Toro or any hero you like. Heroes are divided into 5 classes: Assassin, Marksmen, FIghter, Tank, Support & Mage. Assassin heroes have the highest attack power and the best to kill the opponent’s damage dealer like marksman or mage. Marksmen and mage heroes also have high damage and are ranged heroes. Marksmen heroes rely on their basic attacks while mages rely on their skills. Fighter heroes have balanced HP & attack power and are good at the frontline in both dealing & taking the damage. Tank heroes have the highest HP than the other heroes but have low damage. They are best to receive all the damage to protect their teammates in the AOV MOD.

There are many game modes in the Arena of Valor MOD Menu such as Grant Battle, Valley Skirmish, Death Match, Abyssal Clash, Hook Wars, Solo Battle, etc. Out of which rank mode & abyssal clash mode are more popular.

A rank match is a 5v5 mode with three lanes. Both teams will be spawned on their side. You have to destroy the opponent’s main crystal to win the match. On winning the match, you will get a star and placed in a league. Earn the stars to increase your league. When the season ends, you will get awesome rewards depending on your league.

In this 5v5 mode of MOD Arena of Valor, there will be only one lane. You have to choose a hero from the given two random heroes. You can change a hero only one time for free. Then it needs gems. During the battle, you can’t buy items after leaving the base. Only upon death, you can buy again. Also, you can’t go back to base to replenish your HP. Destroy the opponent’s both towers & crystal to win the match.

You are getting the Arena of Valor Map Hack feature. With that, you can see your enemy’s location at any time.