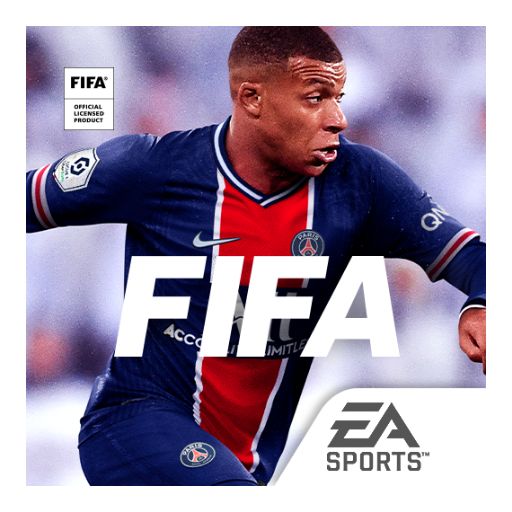 Hey there, from here, you can download the official FIFA Soccer MOD APK Mobile Game. FIFA Football is a soccer sports game offered by ELECTRONIC ARTS. It has more than a hundred million downloads and is number 4 in top-grossing sports games on the play store. Build your best football team, play with the world and become the ultimate football champions.

In this game, you will build your team with the best players, make formations and play against other players. When you start the game, you need to complete some levels to learn the basics like shooting, passing, dribbling, tackling, etc. When you complete the basics, you enroll in a football academy. There you will get more advanced football training. You will learn how to level up your players & team OVR and use skill boosts. Then you can play matches with real players in many modes. Increase your rank & league and become the best team out there. Complete daily quests, join league & compete in tournaments to get rewards.

The controls are simple in the game. You just need to practice and master them. You can pass the ball to another player by tapping on him and shoot the ball in the net by swiping towards the net. Try to swipe towards the open area when going to score. Drag your finger on the left side of the screen to move your character and dribble the ball. Tap and hold the button on the bottom right corner to sprint. This button can be used to tackle too. When you remove your fingers from the screen, it goes to auto-mode where players play automatically.

It features many game modes. You can play any mode and get rewards according to that mode. Here are some of the modes:

Academy is a place where you will learn all about football from basics to advanced. It’s the starting mode to teach you how to play the game, what you can do to level up team OVR, and skills. You will complete many training levels in the academy. You will also get rewards like exp points, players, formations, and skill boosts to build your best team and be ready for the real matches.

VS Attack mode is a multiplayer mode. In it, you both will play with each other’s active lineup at the same time in separate matches. You don’t need to defend any goals. You will only get attack chances. The team that scores more goals against the opponent’s lineup will win the match.

In this mode, both teams will play against each other in the same match and try to score goals. You have to take the ball, dribble and score the goal. If the opponent gets the ball, then defend. It’s like the same football matches.

In the My Team tab, you can change your lineups for various game modes like league, tournament, vs attack. You can select any formation of the players when the match starts and manage the players in the starting 11. You can increase the level of players with training points to increase their attributes. Leveling up the player increases your team’s OVR. With more team OVR, your team performance and victory chances increases. Use skill boosts to increase multiple attributes of multiple players. Skill boosts affect all the players of its type.