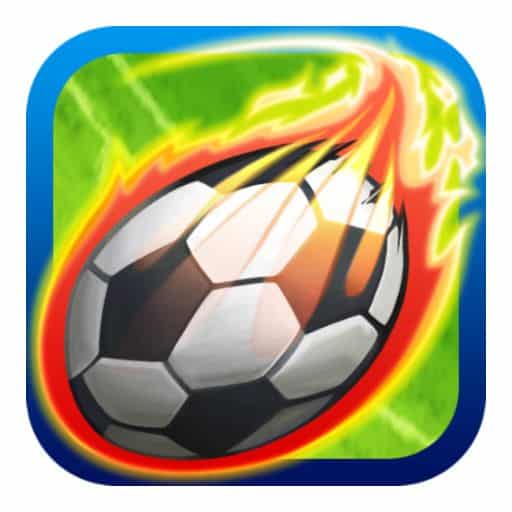 Hey there, from here, you can download Head Soccer MOD APK and get Unlimited Money. Head Soccer is a sports game by D&D Dream. It has more than fifty million downloads on the Play Store. Pick your character, select the game mode, and beat your opponents with amazing abilities.

It’s a 2D, 1v1 soccer game. You will play soccer matches with an opponent. A match lasts for one minute in the APK Head Soccer. You can move left & right, jump and kick the football. To win the match, score more goals than your opponent. As time passes or you score goals, your power gauge refills. When it fills completely, a power button appears on the bottom of the screen. You can use this button to use the character’s ability. You can also counter the opponent’s ability to shot by using kicks at the right time. It includes 80+ characters with unique ability shots.

There are 8 game modes with different rules in the Head Soccer MOD. Arcade, Tournament, Survival, League, Head Cup, Death, Fight, and Multiplayer. Some of these game modes are as follows:

Arcade is a PvE mode. You will compete against an AI character. Score more goals than your opponent to win the match. Defeating a certain number of characters in this mode unlocks new characters.

In the tournaments, there will be 8 players including you. Two players will be matched against each other and the winner advances to the next round. The player who wins all three rounds will be the winner of the tournament in the Head Soccer MOD APK Latest Version.

It’s an endless mode. In the survival match, you will get 3 soccer balls. You will lose a ball when an opponent scores a goal against you. The same goes for your opponent. When the opponent loses all his soccer balls or scores goals less than you, you will advance to the next round. Each round lasts for 20 seconds.

Death mode is a PvE mode. In this mode, you will play against multiple opponents. Characters have an HP bar. Each goal scored against them will deduct their HP. You will face henchmen in the starting rounds and then their boss. Defeat all of them to win the deathmatch.

In multiplayer mode, you can play with your friends in a friendly match. You can create a room and invite your friends with a code. It also has a quick play mode to play with a real player.

League matches are competitive PvP matches. You will be matched against a player of the same league. On winning the match, you will get trophies. Earn more trophies to increase your rank in the leaderboard and league. When the season ends, you get rewards based on your league.

Unlimited Money – There are unlimited money in this MOD. It helps you to easily upgrade the cards, power-ups, and buy the items. You don’t need to worry about the cost.