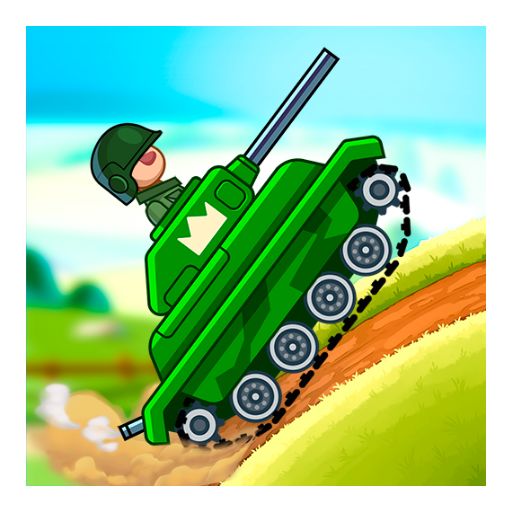 Hey there, from here, you can download Hills of Steel MOD APK which has unlimited coins. Hills of Steel is an action game offered by Superplus Games. It has more than fifty million downloads on the Play Store. Pick up your best tank, go on the hills battlefield and destroy every enemy you see into bits.

Overview of Hills of Steel

It’s a side-view 2D physics-based game. In it, you will fight against the other tanks in the hills. You will choose your tank and go to the battles. Enemy’s tanks will come from the right side. You have to destroy them. You can see the HP bar above the tanks. And you will get a red skull token for each tank you destroyed. These tokens are required to level up your rank. You also get coins. On winning a battle, you will get stars to fill the chest’s bar. Chests contain tank cards, boosters cards, coins & gems.

The controls are very easy to understand but hard to master because of their physics. You can move the tank with the arrow buttons on the left side of the screen and shoot with the fire button on the right side. There is a gauge next to the fire button. You can only shoot when it’s full.

There are many game modes for you to face various challenges and are as follows:

Go on an adventure to take down all the enemies’ tanks and furious bosses. There are 7 levels in various locations like the Forest, Icey hills, Desert, Moon, Mars, etc. To complete a stage, you have to complete all these levels. Red skull tokens increase with each stage and also more enemy tanks will come.

Go in a battle with no end. There are 7 locations and in each location, you will get rewards from 1x to 7x. You can start the survival battle in any location.

You can participate in the events to earn great rewards. There are multiple modes like domination, touchdown ball, gem mania, be the boss, etc. These modes rotate per event. In an event, you only get 3 chances. If you lose three times, you are out of the event. Win as many matches as you can and rise on the leaderboard. You will get rewards at the end of the event based on your rank. Clan events also work the same way.

Unlock & play with 15 unique tanks. Use Ballista that throws heavy rockets. It not only explodes but also crushes tanks with its weight and knocks them back. Use Tesla to shoot multiple enemies simultaneously with lightning. You can also equip tanks with boosters like an airstrike, repair kit, mine, force shield, etc.

Top Reviews on Hills of Steel

“The best game for physics-based tank fights. It takes much less storage to install than most of the other tank games. It’s really cool to fight in the adventure modes, but it has become a lot more difficult after stage 12.”