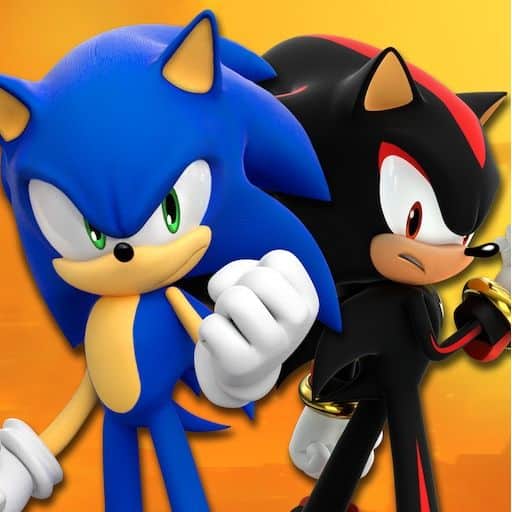 Download Sonic Forces MOD APK which has MOD Menu with god mode & speed multiplier. Sonic Forces – Multiplayer Racing & Battle Game is an adventure game offered by SEGA. It has more than fifty million downloads on the Play Store. Race against other players with amazing runners & their powerful items through jungles, mountains, and sky sanctuary and climb up the leaderboard.

Sonic Forces APK MOD is a multiplayer racing & game. You will be matched against three players of the same league for a race. Race track has 4 lanes. There will be rings, obstacles, traps, enemies, curves, pits and mystery boxes on the race track. You have to avoid the obstacles, traps and enemies. Collect the rings to increase your running speed. You can collect a maximum of 100 rings. When you are attacked or collide with any obstacle, you will lose your speed and also a certain number of rings.

Pick up the mystery boxes to get one random item. The item will depend on your character in the Sonic Forces hack apk. You can use them to set up traps, defend yourself and attack others based on the item type. Cross the finish line before others to get the first position. You will get trophies from first to third position and lose some trophies on getting the fourth position. You will also get chests on winning the race. In the chest, you will get rings and runners’ cards. Based on your trophies, you will be placed in a league. Win races to get trophies and climb up in the leagues. The rewards you get from the chests increase in higher leagues.

There are more than 50 runners in the Sonic Forces Running Battle MOD APK. Each runner has different attributes like acceleration, top speed & strength, and a unique combination of items. There is Sonic, Amy, Tails, Knuckles, Charmy, Wave, Silver, Blaze, Cream, Espio, Jet, Vector, Eggman and many other characters from the Sonic series. You can upgrade them to increase their items’ effect duration. You will need a certain number of cards to upgrade them. On upgrading the runner, you get XP too. XP increases your player level. It also increases the ring speed boost & resistance to others’ attacks in the race. And you are getting all Sonic Forces MOD APK All Characters Unlocked here.

Gold Rings and Sonic Forces Unlimited Red Star Rings are the currencies used in this game. Gold rings are used to upgrade the runners. With the red star rings, you can buy gold rings, chests, runners’ cards and open the chests instantly. You can get gold rings by winning the races and from chests. Red star rings can be found in chests or you can buy them with real money.

In the Sonic Forces MOD APK Unlimited Money, you are getting unlimited gold rings and red rings. With that, you can easily upgrade your characters in the game. You don’t need to spend time collecting the rings.

Another best feature is the Sonic Forces MOD APK God Mode which makes you invincible. You will not die after colliding with the obstacles and enemies.