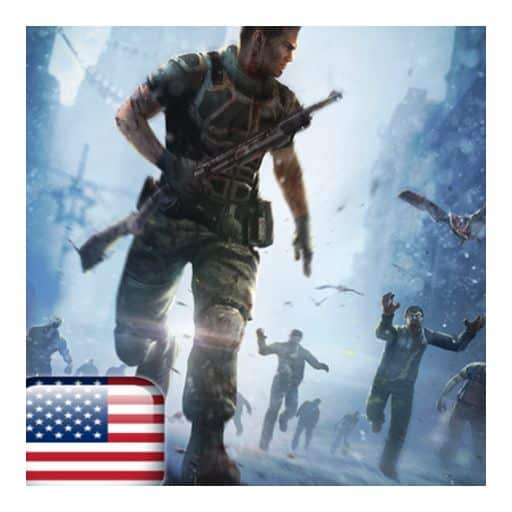 Hey there, from here, you can download Dead Target MOD APK which has unlimited money and gold. Dead Target is an action-packed shooter game offered by VNG Game Studios. It has more than a hundred million downloads on the play store. Dive into a world full of zombies, use legendary weapons to shoot down all the zombies, and survive.

Scientists were doing human experiments in the secret laboratory. But it didn’t go as planned and turned the human subjects into zombies. They went crazy & furious and started attacking everyone, turning all others into zombies one after another. Thus, the zombie apocalypse began. Pick up your guns as you have to kill all the zombies to survive.

In this game, you will kill zombies to complete missions and survive. Zombies will walk towards you. You have to aim and shoot them down with the weapons. You can take 2 weapons on a mission. Use grenades to take down the group of zombies and a health kit to recover your HP. You can’t move from your place. So pick and upgrade powerful weapons to kill them before they come near you and attack you. You can see the available missions on the map and their difficulty level. As you pass the missions and go on higher, new powerful zombies will come. You can see the quests and complete them to increase your rank.

It has easy controls and can be mastered with a little practice. You can drag your finger on the left side of the screen to aim and tap on the bottom right corner to shoot. There is a weapon icon to switch the weapon and a button to reload the weapon. On the top right corner, tap on the weapon to buy its ammo. It has 2 buttons on the left side of the screen, one is to activate rage mode and the second is to switch the camera to another way.

Stop the zombie waves in style. Pierce them, burn them, blast them, explode them, cut them in half, or turn them into ash with lightning. There are many powerful weapons with unique abilities. You can use a .327 Magnum & McMillan CS5 to piece through zombies and AK-47 to penetrate the armor. Or completely ignore the armor with auto-aim of AI AS50 and get a headshot on every shot. You can also customize the weapons with skins that give an amazing look as well as an extra attribute bonus.

It comes with three modes you can play for completing the story or getting the rewards.

Missions – Missions are part of the story of the game. You can see the missions and their difficulty on the map. You will face larger waves and powerful zombies as you proceed to higher missions.

Zombie River – It is an endless mode. Zombies will keep coming in waves. And with each wave, you will face stronger waves. After every 5 waves, you will get rewards.

Raids – It is a multiplayer mode. In it, you will join other players and face the boss. Takedown the zombie boss to earn awesome rewards.

“Love this game. But there is one problem that guns are very expensive and rewards are very less in terms of gold and cash both. And the game gets harder every time. So resources become weak for playing.”