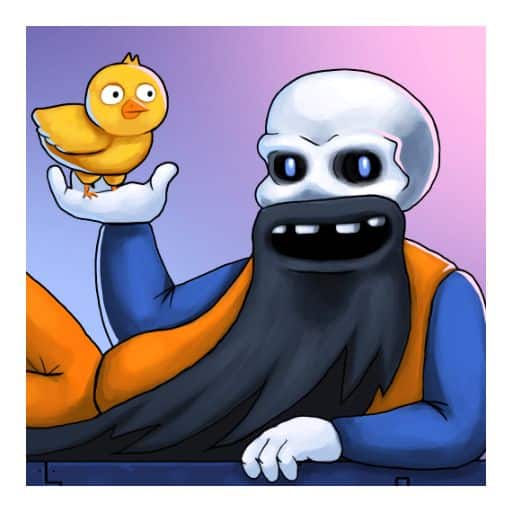 Hey there, from here, you can download Draw Chilly MOD APK which has unlimited money and lives. DRAW CHILLY is an arcade game offered by AZAMATIKA. Looking for a game with an interesting story, funny dialogues, simple yet challenging gameplay? Then DRAW CHILLY is the game for you. Work for the Reaper in the Purgatory and defeat unique bosses.

You know about the Reaper, Hell & Purgatory, right? The story in this game is about all these. Vladimir is a mechanic who is dead now and waiting in the Purgatory for his turn to get the punishment from the Reaper. But the Reaper proposes a contract under which he will not be sent to the hellish hell and will stay in the Purgatory for eternity. All he has to do is work for them. There were some mistakes done by their colleagues and they sent some parcels to the wrong place. And these parcels are the bosses and are also against the Horsemen of the Apocalypse. You will defeat them and send them to the right place.

In this game, you will fight against the many types of monkeys and bosses in a city. You will also have a squad that will fight alongside you. A squad of many types of mechanics. You have to raise the city to proceed to the next level. Go on both sides. There will be chains. Just go near them and one of the mechanics will start rotating it to raise the city. Monkeys will try to kill them and stop you. Kill them. On killing monkeys, they will drop pink spheres.

Pick these spheres to increase your HP and charge the magnet to summon a Horsemen. When the city raises to 100%, one level completes and chickens will spawn on the city. Collect the chickens to increase your XP. As you reach higher levels, your squad will grow stronger and new mechanics will join the squad. At levels 10, 20, 30…..100, you will face unique bosses. In the boss level, you can resurrect endlessly.

The controls are very simple. On the bottom left side, it has left & right arrow buttons to move the character. On the right side, it has a dash, attack, ability & “⇆” button. Tap the dash button to dodge the enemies’ attacks. Hold the “⇆” button, then you can see the list of abilities you have. Use arrow buttons to equip any ability and tap the ability button to use them.

There are many types of abilities you will get while fighting. Crates will drop in the city from time to time. Each crate contains a random ability. It can be a Rider, Worn, Taxi, Bomb, Ghost, or Trusty Wrench. You can use Rider’s ability to turn monkeys into chickens, Worm to slow them down and Trusty Wrench to crush them with a giant wrench. Or use the Taxi ability. Not to go somewhere but to crush the enemies.

Horsemen of the Apocalypse

In this game, Death, Famine, War & Pestilence are the four Horsemen of the Apocalypse. Each of them has unique abilities. You can summon random Horsemen by charging the magnet. They will help you with their abilities in the battle.

“The game was awesome, this is the kind of game that I’ve been looking for. It has a good challenge when it comes to difficulty. The boss battles are unique.”