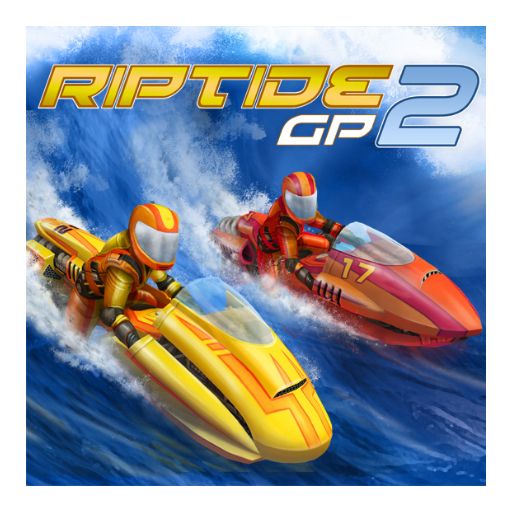 Hey there, from here, you can download Riptide GP2 MOD APK which has unlimited money. Riptide GP2 is a racing game offered by Vector Unit. It has millions of downloads on the play store. If you are looking for a racing game other than cars or bikes, then play Riptide GP2 in which you will compete against other players in hydro jet races. Boost your hydro jet, perform stunts in mid-air and cross the finish line before anyone else.

Riptide GP2 MOD is a hydro jet racing game. You will start as a beginner and take part in all types of races to become the star. You can perform stunts in mid-air to get the boost and upgrade your hydro jet to increase the performance. Win every race in each series to become the regional champ, win the world cup, galaxy cup, and then All-Star Cup. When your level upgrades, you will get SP. You can use that to unlock new stunts. Surprise the audience with high-level stunts.

There are mainly 4 types of levels in the game and each level has different conditions to win the race. Race, Hot Lap, Elimination, and Freestyle. In the Race type levels, you will race against 7 other racers. There are several laps and you have to cross the finish line in the last lap before them to win. While in the Hot Lap levels, cross the finish line in the least time possible and there will be only one lap. In Elimination type levels, after every 15 seconds, the last racer will be eliminated from the race until only one racer is left and that will be the winner. The last type is Freestyle in which you have to earn as many points as you can by performing stunts in 60 seconds. A racer with the highest points will be the winner.

Stunts are the most important part of the races, especially in freestyle levels. When you successfully perform a stunt, you get the boost. There are many types of stunts to perform like back-flip, front-flip, handstand, skydiver, etc. Stunts are divided into levels. The higher the stunt level you perform, the higher the boost you will get.

Complete the levels and unlock new hydro jets with better performance attributes. There are 11 hydro jets in total you can drive. You can also upgrade the hydro jets to increase the acceleration, top speed, handling, and boost. Descargar Riptide GP 2 APK from this post now and race with amazing hydro jets.

Money and Skill Points (SP) are the resources used in the game. Money is used to buy hydro jets and upgrade them. You can get money by completing the levels or by making in-app purchases. And SP is used to unlock new stunts and skills. You can get SP only by upgrading your level.

Paid Unlocked – As you all know Ripdite GP2 is a paid game on the Play Store. But using Riptide GP 2 MOD APK, you can play it for free.

Unlimited Money – You are also getting unlimited money in this MOD. You can use that to buy new jets and upgrade them to the max level in a few seconds.