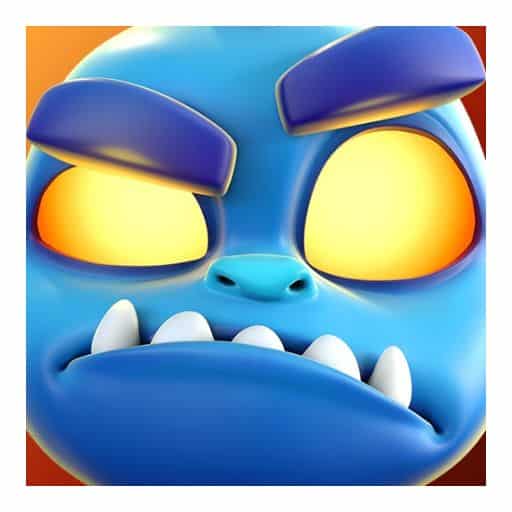 Hey there, from here, you can download Smashing Four MOD APK which has unlimited abilities. Smashing Four is a strategy game offered by Geewa. It has more than ten million downloads on the Play Store. Create your deck of four characters, pull, release & smash the enemies, win matches, earn trophies and climb up in the arenas.

Smashing Four MOD is a multiplayer 1v1, real-time strategy game. You have to make your team of four characters. Then you will be matched against a real player of the arena same as you. The characters will be placed in the arena of their sides. Both players will use those characters to kill the other’s characters. It proceeds by turns. Only one character can be used in a turn. First turn is random and the damage is decreased by 30% for him in that turn.

To attack with the character in the Smashing Four APK MOD, tap & hold on the screen and pull back. Aim and then release, just like a game of pool. In your turn, your characters will deal damage to the enemies each time they hit them. If they hit them X times, then they will deal damage X times. Defeat all the enemies to win the match. On winning the match, you will get trophies which are required to reach the higher arenas. You will also get gold and magic orbs. In the magic orbs, you get gold and characters’ cards. There are multiple types of magic orbs and the rewards in them increase on higher arenas.

There are 49 amazing characters in Smashing Four MOD APK 2022. Each character has a unique ability. You can collect their cards to upgrade them. Characters’ skills are unlocked at level 4. Upgrade them to use their amazing skills in the battles and smash your opponents. A character has these attributes: HP, Damage, Weight, Speed & size. Weight attribute affects how far your character can send other characters upon hitting them and how much it will be pushed back when another character hits it. Upgrading the characters increases their HP, Damage and Skill effects. All characters have maximum level 9.

Skillshot mode is an amazing mode to earn great rewards. There are three modes: Bronze, Silver & Gold. It has one, five and eight token entry fees respectively. Difficulty level will be high as well. There will be three enemies in the arena at random positions. You only get one turn to kill all the enemies. Depending on the number of enemies you kill in a turn, you will get stars. You will be placed in the leaderboard. After 24 hours, rewards are distributed to players depending on their position in the leaderboard. Rewards are the same for all the three Skillshot modes. The only difference is the number of stars you get after completing a battle.

You are getting Smashing Four MOD APK Unlimited Gems. With unlimited gems, you can buy cards and gold from the shop. It will be every easy to unlock and upgrade the cards with unlimited gems.