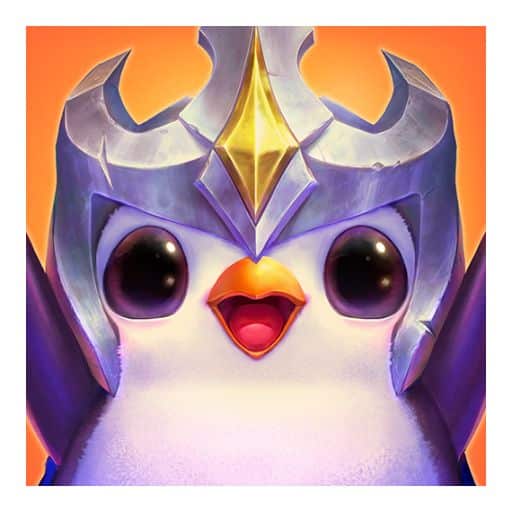 Hey there, from here, you can download the official version of Teamfight Tactics for Android. Teamfight Tactics: League of Legends Strategy Game is a PvP strategy game offered by Riot Games, Inc. It has more than ten million downloads on the play store. Build your team with the perfect synergy from random champion drafts and beat all your opponents.

Teamfight Tactics is an 8 PvP strategy game. It features automatic battles. All players will be matched against each other in many rounds. You need to pick the right champions from the shop and form the synergies. Forming a synergy has special effects in the battles. The shop shows 5 random champions with their traits. Buy the champion if you need any. You can refresh the shop for new champions. After each round, the shop refreshes free of cost. Buy champions and make changes in the team if needed. When you buy 3 same champions, they merge and form a 2-star champion increasing all the stats. Three 2-star champions form a 3-star champion. Your little champions’ HP will be deducted for each defeat. Stay alive till the end and defeat the last opponent to win the match.

Normal & Rank matches’ rules are the same. In normal mode, your victory or defeat doesn’t affect your league. In rank matches, win the match to rise up your rank. You get awesome rewards depending on your rank at the end of the season.

Hyper-roll mode has the same rounds but different rules than normal mode. Your little champion’s HP will be 20. You will lose 2 HP for each loss. If you keep losing the rounds, the HP deduction will increase to 4 and then 6. You don’t need to spend gold to level up your XP. You will get XP automatically at the starting of each round. Also, there is no gold interest and winning or losing streak gold in the mode. So you can spend gold anytime to buy champions.

55+ champions are included in the game. Champions are divided into tier 1 to 5 depending on their rarity. Their cost varies from 1 to 5 gold respectively. Each champion has 2 traits like the ranger, hepion, mystic, cruel, forgotten, skirmisher, knight, assassin, etc. Some legendary champions also have 3 traits. Having a certain number of champions of the same trait in the arena triggers special effects which is the base of the game. You need to make synergies that can overpower your opponents.

In the monster and dragon rounds, random items drop in the arena when you defeat the monsters. You can pick the items and use them with any champion. There are many types of items and grant unique abilities and powers. Items can be combined too that gives more incredible abilities to the user.