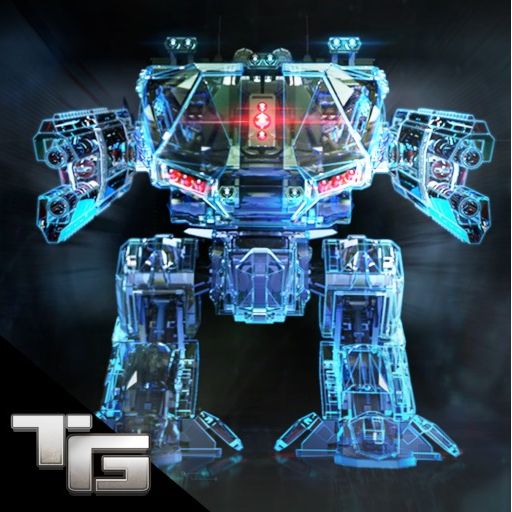 Hey there, from here, you can download Titan Glory MOD APK which has unlimited money. Titan Glory is an action-packed shooter game offered by Atypical Games. It has more than a million downloads on the Play Store. Participate in the mech combat tournaments with your amazing powerful mechs, shoot down all the opponents in the arena and become the winner.

Titan Glory APK game is a third-person perspective multiplayer mech shooter game. It includes a single-player and multiplayer mode. In single-player matches, you will be matched against the bots. And in multiplayer matches, you will be matched against the real players. In a match, there will be 12 players including you. You can choose any mech to play the match. You have to shoot down the opponents and complete the objectives of the selected match type to win the match. Each match lasts for 5 minutes.

Your mech has two attributes: HP & Energy. When you sprint or jump, energy is used by your mech. Energy recharges over time. On the arena, there will be multiple types of boosters at random places that will grant special effects like instantly recharge your energy, HP, reload your weapon, increase your damage for a limited period, etc. You will respawn in 3 seconds after being destroyed by an enemy. On winning the match, you will get XP and credits. XP is required for leveling up in the Titan Glory MOD APK Latest Version and credit is used to upgrade the parts of the mechs. At certain levels, new mechs unlock.

There are 9 types of matches in the Titan Glory APK MOD. You can a custom match to play any match type you wish. In the tournaments, the match type is random. Some of the types are as follows:

In this match, there will be no teams. Each player will be on his own. On destroying the enemies, they will get points. Respawn time is 3 seconds. The player with the most points at the end of the match will be the winner.

There will be two teams of up to 6 players, a total of 12 players in the match. They will get points on destroying the opponent team’s mechs. The team with more points or frags will be the winner.

In the arena, there will be multiple bases and two teams. You have to capture the base and take it under your control. After controlling the base, your team will get the points over time. The same goes for the opponents. The team with more points at the end of the match will win.

King of the Hill

In the king of the hill match, there will be only one base at the center of the arena and two teams. Both teams will fight to take control of this base. The team with more players on the base will start getting the points. A team can win the match by taking full control of the base under the given time or by having more points than the other team at the end of the match.

There are two types of last man standing match in the Titan Glory MOD: Solo & Team. In solo, there will be no teams. In the team, there will be two teams. Respawn is not possible. The player who survives till the end will be the winner.

You are getting the Titan Glory MOD APK Unlimited Money feature here. With unlimited money, you can unlock all robots and weapons. You can create the most powerful robot with ease.