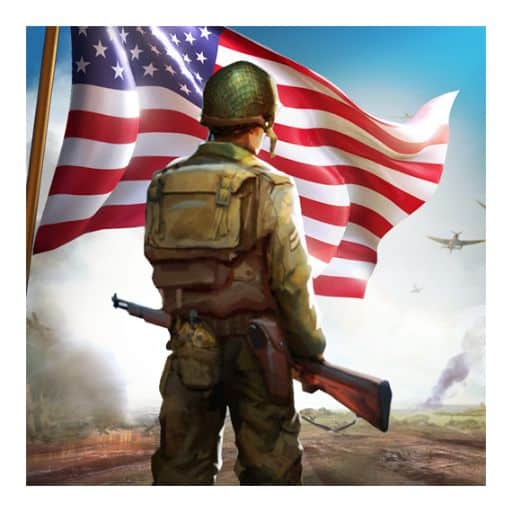 It has turn-based gameplay. In the levels, there will be your and opponents’ army on the battlefield. You will get the first turn to advance the unit and attack. In the bottom left corner, it has a button to end the turn. And above it, it shows the number of units you can move. In a turn, you can move every unit in your army and produce one unit if you have any city under your control. Each unit has different attributes and it depends on how far you can move. When you don’t have anything to do in the current turn, end it. Then your ally’s army and enemies’ army will advance and attack. There will be multiple cities on the map. Advance your army towards to enemy, kill them and capture their cities to complete the mission.

There are five types of units in this game: Infantry, Vehicle, Artillery, Air & Navy. Infantry Units are the foot soldiers. They can capture & take control over various buildings. They can also plant landmines, build fences, artilleries & bunkers. Vehicle types can travel long distances and are great for offense & defense on the ground. Artillery units can attack from a certain distance and deal massive damage. Air units can’t be affected by terrains.

Troops are the personal units you can take in the missions. You can only take up to 3 troops in a mission. You will get EXP for each defeated enemy in the battle. And you can also upgrade your troops by cash to increase the attributes. After every 4 levels, you can choose a skill from the two choices. If your troop’s HP drops to 0, you can’t take it to another level.

Techs are very important to unlock new units and upgrade their attributes. In the techs tab, you can see a full list of a specific unit’s upgrades. Upgrading a unit increases the attributes such as damage, HP, critical hit, mobility, and also numbers. You will get one tech point for each upgrade. Collecting a certain amount of tech points will unlock new units. Then you will be able to produce that unit in the cities.

It includes 17 amazing Generals. Generals provide special buffs to the assigned units. Each General has unique skills and is an expert in different fields. You can complete various quests to get a badge which will increase the buff. You can upgrade the Generals. Upgrading the General will give you points to increase any one of the attributes. You can also select the skills to use in the battles.

Unlimited Money – You are getting unlimited money in this mod. Money is used to buy new troops & armies in the game. So, with unlimited money, you can easily buy anything without worrying about the cost.

Unlimited Medals – Medals are hard to get in the game and are used to upgrade the captains & heroes. In this mod, you can upgrade them to the max level with ease with unlimited medals.

You can buy as many troops & armies as you want, unlock all of them and upgrade them including the heroes to the max level using the unlimited money & medals you get in World War 2 MOD APK. You will not be stuck in any level like before and get the victory in all levels with your amazing strategies. Download the MOD now and enjoy its features.