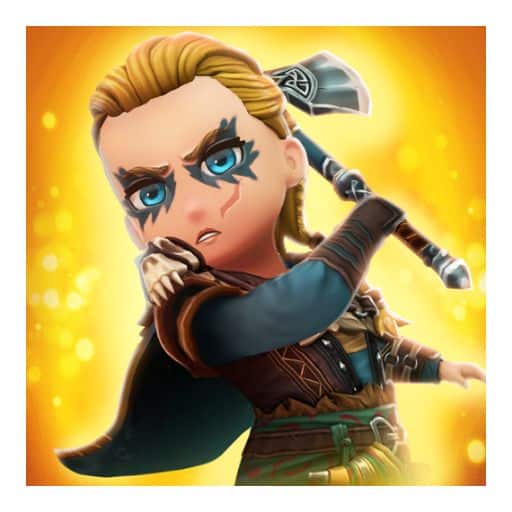 Download Assassin’s Creed Rebellion MOD APK which has many modified features including God Mode and Immortality. Assassin’s Creed Rebellion is a strategy, role-playing game offered by Ubisoft Entertainment. It has more than five million downloads on the play store. Collect legendary assassins, train them, build your Brotherhood stronger, make your strategies and defeat the Templars.

In this Assassin’s Creed Rebellion APK game, Templars are after the artifacts and their power in Spain to control everything. Build your Brotherhood forces to stop the plans of Templars. Make a team of powerful assassins and send them on missions. On each mission, you can send a team of 3 assassins according to their role. You can see the team recommendation required for the mission. In a mission, you can see the enemies in the next room.

Choose the assassin who can be perfect to take him down in the Assassin Creed Rebellion MOD APK. Take them head-on or assassinate them from the shadows. A perfect move depends on various factors like your agility, dexterity, lethality, etc. Train the assassins to increase their levels, build a workshop, storage room, armorsmith, treasury, and other necessary rooms in your Brotherhood.

There are many types of missions in the Assassin’s Creed Rebellion MOD you can complete to earn different rewards.

Standard Missions – On the standard missions, you will get codexes to train the assassin and increase their levels.

Loot Missions – You need resources like wood, iron, steel, stone, clothes, and other crafting materials to craft weapons & armors to strengthen your brotherhood. On the loot missions, you will get crafting materials for completing the missions.

Legacy Missions – Complete the legacy missions to earn the assassins’ DNA fragments. When you have enough DNA fragments of an assassin, you will get that assassin and use him in the missions. DNA is also required to increase the rank of the assassins.

Story Missions – Story missions follow the main storyline of the Templars and their plan. Complete the story missions to know about their plan and stop them.

In the Assassin Creed Rebellion MOD, there are more than 70 assassins you can use in the missions and rooms of the Brotherhood. Each assassin is unique and has unique stats, special skills, passive abilities & special HQ perks. They are divided into 3 classes, each class has 3 roles. Enforcer: Tank, DPS & AOE. Specialist: Heal, Support & Disarm. Shadow: Navigation, Stealth & Assassination. Enforcer class has high HP & defense. The specialist class is great at supporting the team & disarming the traps. Shadow class is an expert in ambushing & hiding.

There are many rooms for various purposes like the workshop, armorsmith, ceremony room, treasury, etc. You will need all these rooms to strengthen your Brotherhood. In the training room, you can upgrade the levels of assassins. Collect coins from the treasury, intel from intel room, make weapons in weaponsmith, armors in armorsmith & accessories in the workshop.

Helix credits, coins & intel are the main resources in the game. Helix credits are like premium currency and are used to buy DNA cubes, codexes, materials & coins in the shop. Coins are used to build new rooms, upgrade them, train the assassins, and craft new items. To start a mission, you need intel.

God Mode – With the God Mode feature, you will be immortal and nobody can kill you. No matter how much damage you receive, your HP will not decrease.

All Assassins Unlocked – In this MOD, all assassins are unlocked. You can use any assassins you like to create your team.