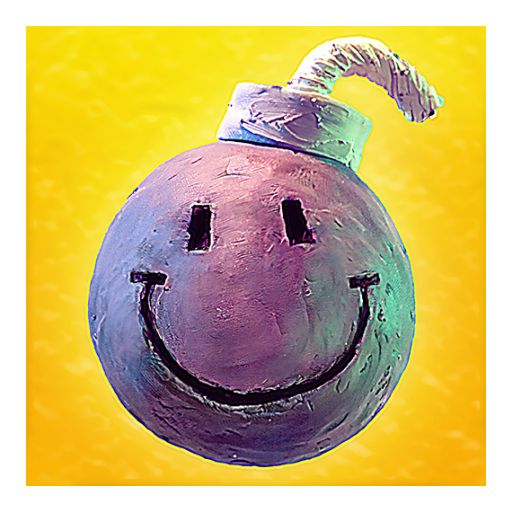 Hey there, from here, you can download BombSquad MOD APK which is fully unlocked and has unlimited tickets. BombSquad is an action game offered by Eric Froemling. It has more than ten million downloads on the play store. Play with your friends or other real players, punch them, blow them with bombs, pick & throw them down the cliff and become the winner.

Bomb Squad MOD APK has very interesting gameplay and you will totally have fun playing it. You can play with your friends using a local network or with the worldwide players using the internet. You can make up to 8-players. There are so many modes and objectives. Complete the objectives to win the match. Use punches, throw bombs on the enemies, pick them & throw them down the cliff. Pick power-ups to strengthen your punches and use a variety of bombs. You can get injured by your own bomb if you stay close to it. So keep your distance from the bombs and also throw them before the fuse goes off.

The controls of the Bomb Squad MOD are really simple. You can understand them in a minute. But the real challenge is to master them. Use & drag the virtual joystick on the bottom left corner to move your character. And 4 buttons are given on the bottom right corner. Red button to throw bombs, green button to jump, blue button to pick things & throw them and yellow button to use punches.

Moving the character while holding down any button will make him run in the BombSquad MOD. It has physics-based controls. You can’t instantly change directions while running. It supports gamepad controllers. You can also use another mobiles or tablet as a controller with the BombSquad Remote app.

There are many game modes you can play and have fun in the BombSquad pro APK.

Onslaught – In this mode, you will fight against many AI opponents in multiple waves. Power-ups will spawn in the arena. Pick power-ups, use punches & bombs to kill all the opponents. Survive all the waves to win the match.

Assault – Go into the enemy territory and touch the enemy’s flag 3 times to win. Use the punches & bombs to stop your enemy from invading your territory. First, one to touch the flag 3 times will win the match.

Deathmatch – In this mode, you need to kill a certain number of enemies before them to win the match.

Meteor Shower – You will solely enter the arena and bombs will keep falling from the sky. You have to escape from the bombs as long as you can. Who survives the longer will be the winner.

Race – Run on the given track and complete 3 laps. Players with the least time to complete the laps will win the race. Be careful while running as the path is narrow. There are also mines on the path and will explode if you step on them.

Keep Away – Compete with the other team and carry the flag for a certain time to win the match.

Capture the flag – Both teams will compete with each other and try to carry the enemy’s flag in their territory. Take the opponent’s flag 3 times to your side to win the match.

Elimination – Fight against the other players to survive till the end. Kill all the opponents to win the match.

BombSquad MOD APK 2022 has some modified features. Check them down below.

Full Unlocked – In this MOD, all the characters, game modes, and maps are unlocked. You can play with any character in any game mode or map you like.

Another MOD feature is the BombSquad MOD APK Unlimited Tickets. With that, you can participate in the tournaments.

“One of the best games I’ve ever played. This has amazing graphics and amazing physics movement and damage. I love it!!!!!!!!!!!!!!!! It has amazing inner tricks in it.”