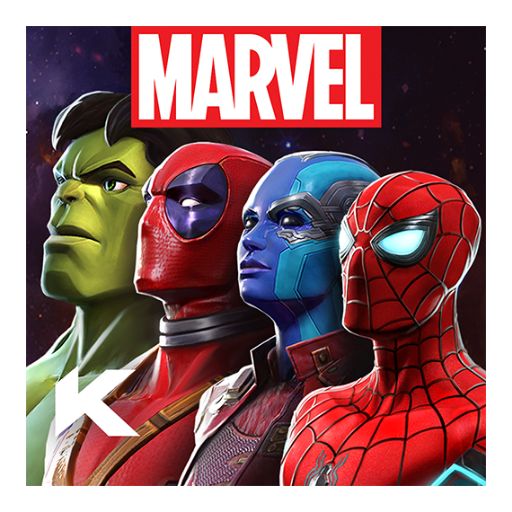 Hey there, from here, you can download Marvel Contest of Champions MOD APK which has God Mode. Marvel Contest of Champions is an action game offered by Kabam Games, Inc. It has more than a hundred million downloads on the Play Store. Create your ultimate team to defeat all the Marvel champions or compete against the players from all over the world.

Overview of Marvel Contest of Champions

The Collector, Elder of the Universe, has captured all the Marvel champions in the crystals with the powerful stone ISOSPHERE and on the side of Kang The Conqueror. Kang has many champions under his control with the help of the Collector. They can’t resist the powers of the Collector and have no choice but to serve him. Is there any hope left? Yes! You are chosen as the Summoner to represent the Earth in his contest- Contest of Champions. You will fight against Kang’s team. Defeat Kang and save the Earth.

In this game, you will fight against the other champions in one on one battles. You can use light, medium, or heavy attacks. Using attacks or taking damage charges your special attack meter that is required to use the champion’s special attacks. A champion has multiple special attacks depending on his stars. You can dodge, block enemy’s attacks and dash to quickly go near him & attack. There are many types of boosts you can use to temporarily increase the attack power & HP of all champions. On winning the fight, you will get rewards like XP, gold, ISO-8, etc. After each battle, your champion needs time to heal his HP. You can use potions to heal your champions instantly.

The controls are so simple, you just need to time your moves especially dodge & block. Tap on the right side of the screen to use light attacks, swipe right to use medium attacks, and tap & hold to use heavy attacks. Heavy attacks can easily break the enemy’s block. Tap on the left side to block the attacks, swipe left to dodge & move backward, and swipe right to dash to your enemy and attack him. On the bottom left corner, it has a special attack meter that is split into multiple blocks. When the block fills completely, you can use a special attack by tapping it.

In this story mode, you will go through many challenges & battles against Kang’s team and the story of in-game characters. It has 7 Acts, each including 4 chapters, and each chapter has 6 quests. You will face many enemies in each quest.

Daily quest has multiple types of quests that regulate every day. In the rewards of clearing the quests, you will get ISO-8 or crystals. Each day you will get a crystal of a certain class. In the quests, there will be 2 paths: easy & hard. It decides the tier of the crystal you will get.

In the multiverse arena, you will compete against the other players. There are 1v1 and 3v3 modes. In 1v1 mode, there will be only one round. In 3v3, you have to make a team of 3 champions. There will be three rounds. In the pre-battle screen, you can see the opponent’s lineup. You can change your lineup to gain the advantage. You will win the match when you win 2 rounds. And you will get battle chips and points on winning the matches. With the battle chips, you can buy crystals. And you will be ranked on the leaderboard. When the arena time ends, you will get rewards depending on your rank.

“This by far the best game I have on my phone. Everything is well made and I highly recommend you play this. The story is great, the graphics are great, the community is great, the setting is great.”