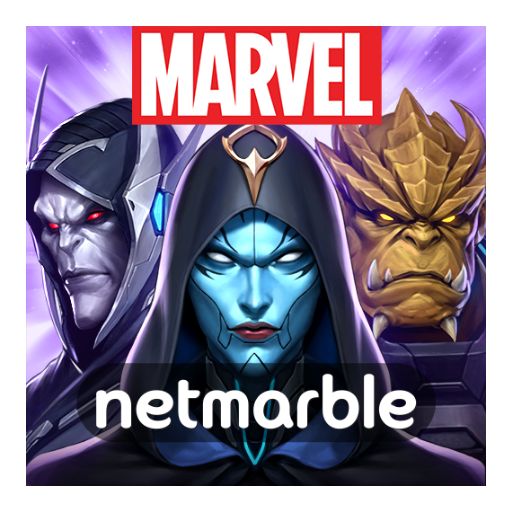 Download MARVEL Future Fight Mod APK for Android. Marvel Future Fight is a role-playing game offered by Netmarble. It has more than fifty million downloads on the Play Store. Build your ultimate team with Marvel superheroes, defeat the evil forces and save the Earth.

In MARVEL Future Fight MOD game, you will fight against the enemies. You can take up to 3 heroes on a mission. In most of the game modes, you can use only one hero at a time. You can change the hero by tapping the hero portrait on the left side of the screen. After changing the hero, you get invincibility for a few seconds and can withstand all kinds of attacks. Use basic attacks and skills to beat the enemies.

You will see a direction indicator below your hero in the Future Fight MOD APK. Go in that direction to proceed further. On completing a mission, your heroes will get XP, and their levels increase. You can also get gold, EXP chips, biometrics, ISO-8, Norm-stones, and other materials.

The controls are very easy and are like MOBA in the Future Fight MOD. There is a D-pad on the left side of the screen and skill buttons on the right side. Use the D-pad to move the character and skill buttons to use the skills. In the bottom middle side, there will be different buttons based on the game modes. These options can be a backup button, repeat & auto-play button.

In the MARVEL Future Fight MOD APK 2022, there are many game modes you can play. These game modes are as follows:

In story mode, you will go through many missions to find out who is behind the destruction of the Earth in the future. There are four stories, each containing multiple chapters and chapters that have multiple levels. You will start with Iron Man, Black Widow & Captain America. On completing story missions, you will get biometrics, gold, EXP chips, and gear materials.

Timeline battle is a multiplayer mode where you will fight against an opponent. You can take up to 3 heroes in a battle. Defeat all three heroes of the opponent to win the battle. You will get points and Honor Tokens on winning the match. You will be placed on the leaderboard based on your points. Every week, you will get rewards depending on your rank. You can exchange the Honor Tokens with the heroes’ biometrics.

MARVEL Future Fight Unlimited Gold and Crystal are the best features you are getting in this MOD. With that, you can easily unlock heroes, essential resources to upgrade them and other items from the shop.

You can download the latest version of this MOD by using the MARVEL Future Fight MOD APK download button given in this post. Just tap that button, and you will get the direct download link that will start downloading the game.