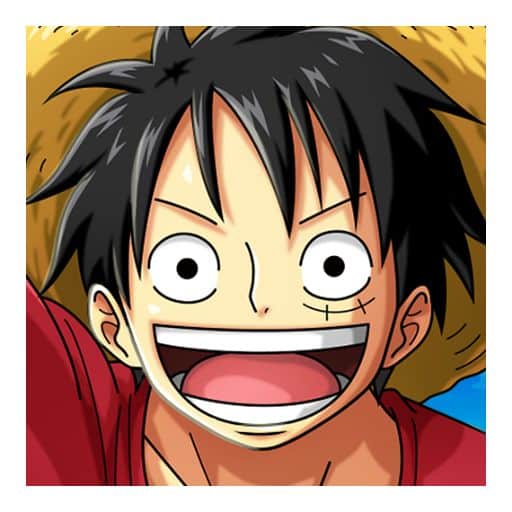 One Piece Treasure Cruise APK MOD has a turn-based battle system. You will add characters to your crew. You can take up to 5 characters in battle along with a helper. Your crew will be on the left side and the enemy crew on the right. On the bottom half screen, there is your crew list. Tap on any crew member in that list to attack with that member. When attacking the enemy, you can see words around the enemy. When all words come closer at the center, tap on another member to attack and create a chain attack. It will perform a perfect chain attack and deal more damage. There are also numbers on your characters that show the number of turns after which you can use their special abilities.

The story mode in the OPTC MOD follows the same story of Luffy as the anime. Meeting with Shanks, eat the gum-gum devil fruit to encounter with the Arlong pirates, Smoker, sail to the Grand line with Zoro, Nami, Usopp & Sanji, and other series arcs. You will fight each battle. But you can use any characters in the battles. If you use the same character involved in the story, then his power will be doubled.

In Kizuna Clash mode, you can play preliminary battles with the Kizuna points. On winning the battle, you will get boss tokens. With these boss tokens, you can challenge a boss battle. If you win the boss battle, you will get Kizuna tickets that can be used to exchange rewards and characters. You can also invite your friends to defeat the boss. Each time you defeat the boss, his HP will increase. If you lose in any boss battle and deal damage to the boss. In the next battle, the boss’s HP will be the same as last time.

Pirates Rumble is a PvP mode where you will battle against other real players. Your crew will attack automatically and only rumble abilities can be used. Special and captain’s abilities are not allowed in this mode. You can only battle 3 times per day. You can also use gems to battle more than 3 times. And you will get items & tickets that are used to upgrade rumble abilities.

One Piece Treasure Cruise JP MOD APK has more than 2000 One Piece characters from all its series arcs. Recruit Seven Warlords of the Sea, Whitebeard Pirates, four Emperors, even Marines in your crew and sail the Grand Line, Red Line, New World, and many other places. Build your strongest crew and become the King of the Pirates. Each character has unique abilities and powers. Characters are divided into 5 types: STR, DEX, QCK, PSY & INT. STR characters deal more damage to DEX, DEX to QCK, and QCK to STR characters. PSY and INT characters are strong against each other.

Rainbow gems and berries are the main resources in the One Piece Treasure Cruise MOD JP MOD. Rainbow gems are used to recruit new characters in the tavern. Berries are required in all types of upgrades like power level up, limit break, evolve, etc. There are also materials used in the upgrades.

One Piece Treasure Cruise MOD APK Unlimited gems let you play the game with unlimited gems. You can unlock as many cards as you want to get new characters. You will never run out of the gems in this MOD.