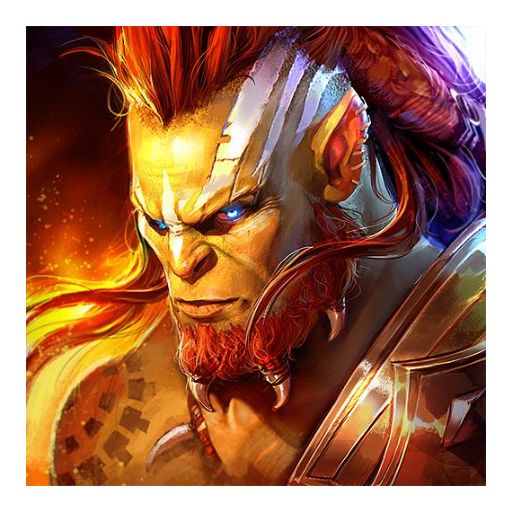 Battle Speed Boost up to x30

Download RAID Shadow Legends MOD APK which has a battle speed booster modified feature. RAID: Shadow Legends is an MMORPG game offered by Plarium Global Ltd. It has more than ten million downloads on the Play Store. Make your team with legendary champions from 14 fractions and save the world from dark forces.

In the RAID Shadow Legends MOD game, you will make your team and fight against the enemies in 12 locations to defeat the dark forces. You will start with 2 champions only. Battles take place in turns. You can see the skills on the bottom right corner of your champion. Select any skill you want to use and then tap on any enemy to use that skill on him. Fight and win the battles to get XP.

You need XP to level up in the Shadow Legends MOD APK. You will get rewards on leveling up such as Energy, Ruby, and sometimes Shards. Use the shards at the portal to summon new champions. As you proceed to higher stages, you will face stronger enemies. You can equip champions with artifacts, accessories & glyphs to increase the champions’ stats. Artifacts come into a set of 2, 4, and 6. When you equip a full set, it will give a buff to the champion.

Clan Boss is only available for clan members. So you need to join a clan to play it. In this mode, you will face the Demon Lord. You alone can’t defeat the Demon Lord. You will need all your clan members’ help. To fight him, you need keys. You will get a key every six hours. When someone attacks him and deals damage, it will not recover. And in the next player’s attack, his HP will be the same as it was at the end of the previous battle. When his HP is between 50-100%, his affinity will be Void and below 50%, he will get a random affinity. His HP resets after 24 hours. You will get the rewards depending on how much your clan deals damage to him.

The arena is a PvP mode of the RAID Shadow Legends MOD APK Latest Version where you will compete against other players. In it, you have to make 2 teams: Offense Team and Defense Team. Up to 4 champions can be added to a team. When other players attack, they will face your defense team. Your defense team will fight automatically. And when you attack another player, you will face his defense team. You will get arena points for winning the battle. Earn arena points to increase your arena league. Arena league lasts for a limited time. On ending the league, you will get rewards depending on your league.

In the Dungeon Mode, there are so many dungeons you can enter to get resources. Each dungeon is home to specific resources. It’s a great mode when you need a certain resource. In the minotaur’s labyrinth, you can get basic, advanced, or divine scrolls. Play in Void Keep for void potions, Magic Keep for magic potions, Spider’s Den for accessories, and many other dungeons for artifacts & potions.

RAID MOD APK includes 14 champion factions: Banner Lords, High Elves, The Sacred Order, Barbarians, Ogryn Tribes, Lizardmen, Skinwalkers, Orcs, Demonspawn, Undead Hordes, Dark Elves, Knights Revenant, Dwarves & Shadowkin. You have more than 500 champions to make your team. There are four affinities: Magic, Spirit, Force & Void. Every champion has one affinity that makes him weak & strong against other affinities. Magic champions are strong against Spirit champions, Spirit against Force, and Force against Magic champions. Void champions have no weakness against others.

This MOD comes with the RAID Shadow Legends MOD Menu that contains multiple togglable features. These features are as follows:

You are getting the RAID Shadow Legends MOD APK Unlimited Money and Gems. With that, you can unlock all characters, items, and skins easily.

Another feature is the RAID Shadow Legends Speed Mod. You can increase the battles of the speed and save time.