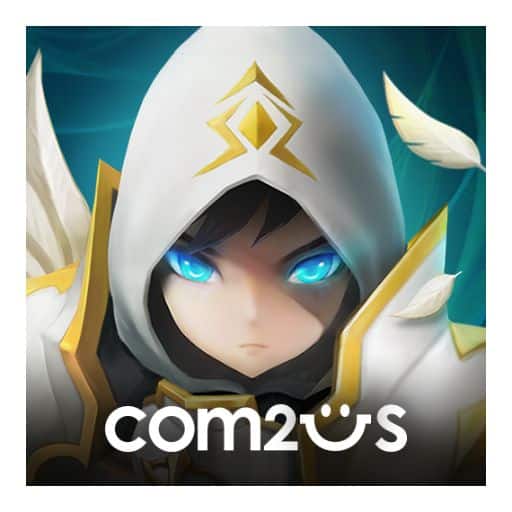 Hey there, from here, you can download Summoners War for Android for free. Summoners War is a role-playing game offered by Com2uS. It has more than fifty million downloads on the Play Store. Summon monsters, create your team of powerful monsters and win against all other summoners in the Sky Arena.

It’s a turn-based attack strategy game. You have to summon monsters at the summonhenge and create your team to fight against the other monsters. Tap on the battle button and choose any location. There will be many locations and each location has multiple levels. On a level, you will face monsters in three rounds. During the battle, you can see a circle under the monster who will attack. On the bottom right side, there will be his skills. Select any skill and then tap on the enemy to use it on him. You can tap and hold the skill to read its info.

There are over 1300 monsters in the game. Monsters are divided into 4 types: Attack, Defense, HP & Support. Attack-type monsters are good at dealing high damage, defense-type monsters have high HP & defense, HP-type monsters deal damage based on their HP level, and Support type heroes are good for healing & removing negative effects. Each monster has unique skills. There are many monsters who have leader skills too. When assigning a monster with leader skill as the leader of the team, it grants a buff to all their teammates.

There are five affinities: Fire, Air, Water, Light, Dark, and every monster has one of these. Here is a cycle of affinities to show which affinity monster deals more damage to another affinity monster: Fire→Air→Water→Fire and its reverse will deal less damage. Light⇆Dark. Light & dark monsters are strong against each other. So always watch your enemies’ lineup, then choose your monsters to counter that lineup.

You can level up the monsters by using them in battles or by upgrading them at Power-up Circle. It increases their stats. When a monster reaches max level, you can awaken it to increase its star level and unlock new skills. You can also equip them with runes to strengthen them. Runes come in sets of 2,4 & 6. When you equip a full set of runes, it grants a unique buff. There are 21 rune sets.

There are so many game modes you can play and test your team’s strength. Some of the game modes are as follows:

It’s the PvE mode and is story-based. On the map, you can see multiple locations where you will battle against the monsters who are disturbing the peace. Each location has multiple levels and a boss in the last level. You will get a monster on clearing each location.

In this mode, you have to make a defense team that will defend you when other players attack your base. When you attack other players, you will face his defense team. The defense team attacks automatically. You have to defeat all the monsters in a limited time. On the top right corner, you can see an arena tower that charges over time. Defeat the opponent before it charges completely or you will lose. You will get victory points and glory points on winning. Earn victory points to rise in the leaderboard. You will get rewards depending on your position every week. With the glory points, you can exchange special items in arena shops.

“Fun and easy game to play and understand. Great collection of monsters, there’s something for both f2p and p2p.”