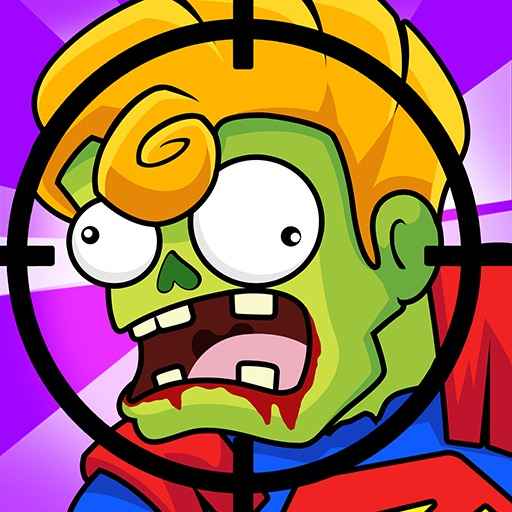 Download Undead City MOD APK which has unlimited gold, gems & keys, premium activated, and god mode features. For the premium battle pass, you won’t have to spend your money. Also, there are no ads in this mod. You can enjoy the game without any interruptions. You can download the latest version of the Undead City MOD APK using the download button given in this post.

Skills are the most important asset in this game during the fighting. If you have enough skills, you can easily kill all the zombies and bosses. And in this MOD, you can select 2 skills every time you level up without watching the ad or buying the premium. Moreover, with unlimited keys, you can unlock as many epic chests as you want to unlock all the weapons & armor.

Undead City is a casual RPG game offered by Unimob Global. It has more than a million downloads on the Play Store with a rating of 4.4 out of 5. It features 10 unique heroes & pets with unique skills, and 40+ different skills that you can also evolve to increase their power, effects & numbers, and hundreds of weapons & armor to destroy all the zombies.

The story is simple in this game. Zombies. They are everywhere destroying everything. And who can stop them? You. Why? Because you have magic. Yes. You are a supreme magician who knows how to use magic. Not the kind of magic you see in magic shows showing card tricks. You are the REAL DEAL who can summon lightning, blizzards, meteors of fire, cyclones, and so much more. Now get down there and save the world.

It’s a 2.5 top-down perspective RPG game where you will control your character with your thumb on the screen. Hundreds of zombies will spawn randomly and will attack you. You will have to evade them and kill them all to clear the stage. You can see the remaining zombies’ numbers on the top of the screen.

On killing the zombies, you will get EXP points that are required to level up your character. There are 40+ different skills and 3 random skills will appear for selection each time your character level up. You can select one skill out of those three choices. These choices also include skill upgrades. When you choose a skill upgrade that results in skill level 4 or 7, then you can also evolve them. You will get thee choices for evolution too.

In a stage, there will be five waves. In the first four waves, you will face hundreds of zombies. At the end of the fourth wave, there will be special types of zombies who won’t attack you. You can easily kill them and they will drop gold, gems, and HP potions so that you can recover your HP for facing the zombie boss in the fifth wave.

In the fifth wave, there won’t be any small zombies, but the boss. However, the boss can summon a group of zombies while fighting you. He will also unleash powerful attacks to kill you. Evade his attacks, attack him with your magic, and kill him. Defeating him will clear the stage. You will get gold, gems, and gears as a reward for completing the stage.

Undead City MOD APK includes the god mode, unlimited gems, unlimited gold, Premium Battle Pass unlocked, and some other amazing features. We have explained all these features below. Kindly read them.

As the name suggests, this feature makes you the God in the game whom no one can defeat. You will be invincible and no matter how much damage you receive, you won’t die. At higher stages, this feature is the best feature to complete the waves.

You are getting unlimited gems, gold as well as keys. Gold is the basic in-game currency used to upgrade heroes, pets, and weapons. And using the gems, you can unlock heroes, and pets, and buy anything from the shop. Keys are used to unlocking chests. With all these three resources unlimited, you can spend as much as you want. It will so easy to upgrade everything to the max level.

In the free version of the game, there are so many ads. You will also be interrupted by the ad in the middle of the stage. But in this MOD, all the ads are removed. You can play the game in a completely ad-free environment.

In the official game, you can only select one skill on leveling up. If you want to select one more skill, then you have to watch an ad. But there’s no need to do that in this MOD. You can select 2 skills without wasting your time.

What features are included in Undead City MOD APK?

There are three game modes – Battle, Arena, and Events.

Undead City MOD APK provides you with all the necessary MOD features that allow you to enjoy the game to the fullest. Its features eliminate all the restrictions such as premium battle pass, ads, etc. You will enjoy the premium battle pass and all its rewards for free. God mode gives you immortality and unlimited resources to let you upgrade the heroes, pets & gears to the max level. You won’t have to waste time collecting resources anymore. So, download the MOD now and enjoy its amazing features.