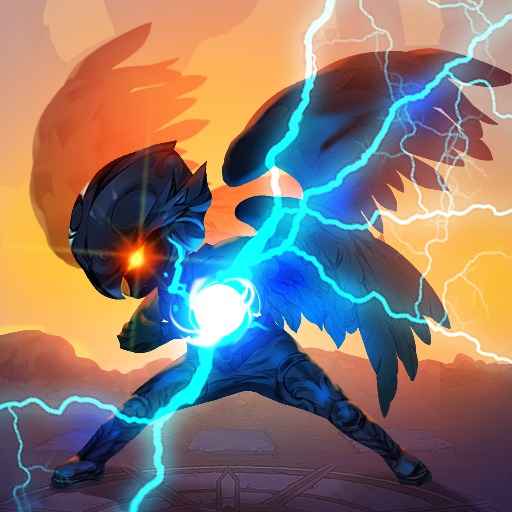 Download Angel Saga MOD APK which has god mode, attack speed multiplier, and high critical chance & damage features. These features make you invincible in the game. You can quickly & easily clear all the chapters & stages even in the hell difficulty. You can easily download the latest version of the Angel Saga MOD APK using the download button given in this post.

There are more than 10 game modes such as story mode, infinite dungeons, demon tower, dimension gate, elite boss battle, sanctuary, etc. And the skills you get to select refresh with each gameplay. So, you won’t experience the same gameplay twice even on the same chapter & floors. You are getting lots of playstyles & game modes that you won’t feel bored playing this game.

Angel Saga is a roguelike role-playing game offered by Alchemist Games Inc. It has more than a million downloads on the Play Store with a rating of 4.4 out of 5. It features 60+ skills and roguelike gameplay that gives you a new experience every time you play the game and lets you create new combinations of skills in the stages.

He asks her about herself. But she doesn’t remember anything about her because she has lost her memories. Then some demons sense her presence and try to attack her. She fights with them and defeats them by absorbing their power magical powers. It’s even more surprising for Als that she can absorb others’ magic to increase hers. So, he plans to leave the evil realm with her for the heavens where they can live peacefully. Thus, starts their adventure.

It’s a 2.5D, roguelike game. In it, you will control the Angel named Myel and fight with countless demons & bosses, and progress through 18 chapters. The first few chapters will have 13 floors, each floor having 5 stages. You will fight against demons on each floor & stage. On the fifth stage of all floors, you will face a powerful boss. By defeating all bosses of each floor, you will clear the chapter. But if you die in between any floor, then you will have to start from the first floor.

During the fighting, you will get magic and EXP points for defeating the enemies. On gaining enough magic and EXP points, you can select new sub-skills or stat upgrades and special skills respectively from three choices. And on floors 3, 6, 9, 12, and so on, you will meet the summoner Als and can select either 40% HP heal or stat upgrade. These floors also have other stages. Enemies also drop items such as magic stones, gold, gears, soul stones, etc. Using gold and stones, you can upgrade your equipment to become stronger.

The controls are very easy in this game. It has a virtual movement analog on the left side of the screen. Just drag it to control your character. To attack the enemies, just stop moving and your character will start attacking the enemies automatically. She will also cast the special skills automatically. On the right side of the screen, you will get the buttons to use active skills. That’s all. Easy, right?

Angel Saga MOD APK comes with the MOD Menu. It includes all the mod features such as god mode, attack speed multiplier, high critical damage, etc. as toggleable options. You can turn them on and off whenever you wish.

Gad mode makes your characters immortal. So, you don’t have to worry about the enemies’ attacks & power. No matter how much damage they deal to you, your HP won’t decrease a bit.

Attack speed is really slow in this game. It takes a few seconds to fire again. During that time, enemies can easily target you and launch their projectiles & attacks on you. Therefore, the Attack speed multiplier is added. Using it, you can increase the attack speed by 100 times at max.

You can also increase the critical damage to up to a thousand % damage via the mod menu. This feature is the perfect combination with the 100% critical chance feature.

What MOD features are included in this MOD APK?

It includes god mode, attack speed multiplier, 100% critical chance, and high critical damage features. You can toggle them via the mod menu.

How many rarities are there of weapons?

Angel Saga MOD APK is filled with many amazing mod features that let you explore the infinite dungeons with immortality and always critical hits having high critical damage. Its 10+ game modes, 60+ different skills, hundreds of costumes & equipment with varieties of traits, and 50+ pets to accompany you in battles give you countless options to play the game in your way. So, download the game now and enjoy. Have a nice day.