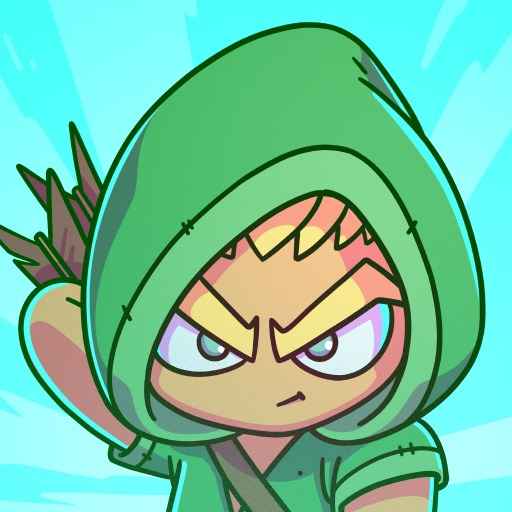 With 500+ unique heroes, 3 game modes, and countless strategies, you get unlimited possibilities to defeat your enemies & get the victory. This MOD also helps you create your most substantial team of five. We have shared the latest version of Five Heroes MOD APK in this post. Just tap on the download button to get the APK for free.

Five Heroes is a strategy, tactical game combined with the RPG elements offered by Banditos Studio. It has more than a million downloads on the Play Store. Recruit over 500+ heroes, create the best team of five, defeat all the enemies, and save the kingdom from the Skeleton King.

The current king’s great-great-grandfather was a powerful king. He rules all three powerful regions – Firestone, Iron Desert, and Cliffy Mountains. But he was so greedy. He ordered his people to dig the highest peak of the Cliffy Mountains to collect the Purple Diamonds which were so rare & precious than gold.

In greed, they kept digging the cliff and awakened the Skeleton King by accident who was sleeping there for thousands of years. Skeleton King sent his army to attack all the regions to rule the world. Now the enemies have reached all three regions and are destroying everything. Now it’s up to you to save the kingdom and its people from the enemies.

It’s a 2.5D RPG game combined with tactical gameplay. You will create your team of five heroes and start the levels to fight against the enemies. On a level, you will explore the area on a 2.5D map. There will be many things on the way such as NPCs, enemies, treasure, chests, keys, etc.

The battle will take place in another area, divided into honeycomb-like blocks. Depending on everyone’s attack cooldown stat, your heroes’ & enemies’ turns will be arranged. When it’s your turn, you will see green blocks. Just tap on any green block and your hero will move there. If any enemy is within its attacking range, you will see an attack option on them and your hero will attack him. Defeat all the enemies to win the battle.

After the battle, the system will guide you to the next location. You can also avoid that and explore the area to search for treasure, diamonds, gold, and exp chests. Once you do that all and leave the area, the level will be cleared. You will get up to 3 stars depending on the defeated enemies, the area explored, and collected items.

There are many obstacles like water, mud, fences, stones, etc., and other things like trees, towers, etc. You can take advantage of those things. For instance, if you are in trees, enemy archers can’t target you. And on a tower, archers’ attacking range increases. There are also character class roles like dark, hunter, swordsman, light, marksman, etc. Each hero is strong and weak against specific classes. You can also decide your tactics depending on the enemies’ classes.

Five Heroes MOD APK comes with unlimited gold & diamonds, and a MOD menu that includes god mode & damage multiplier features. Using the menu, you can activate and deactivate the later two features anytime you want to use them. All these mod features are explained below. Kindly read them for more information.

Gold is the primary in-game currency used to buy items in the shop and upgrade heroes, gold mines, and artifacts. The gold requirement increases after each upgrade. To save you time from collecting the gold, we have added unlimited gold in this MOD. You can use as much gold as you want and you will never run out of it.

Diamonds are the premium in-game currency and can be used to buy anything from the shop such as gold, artifacts, chest keys, etc. You can also use them to summon heroes. But you can only get the diamonds by completing achievements and exploring the full map. So, it’s so hard to collect a large number of diamonds. Therefore, we are providing unlimited diamonds. You can use them however you want and as much as you want.

God Mode makes all your heroes invincible when activated. Your heroes will not lose any HP no matter how much damage they receive. You can fight against the strongest boss with your level 1 hero and you will still be the winner.

This feature let you increase your heroes’ damage output. You can input any X value in the damage multiplier and activate it. Then it will increase all the heroes’ damage by X times.

How many game modes this game has?

What mod features are we getting in Five Heroes MOD APK?

You are getting unlimited gold & diamonds, God mode, and damage multiplier along with the MOD Menu to toggle these features.

Five Heroes MOD APK has great strategic & tactical gameplay where your every move from selecting the heroes to moving them on the base has a straight effect on the victory. And to give your countless ways to win against your enemies, it features 500+ heroes with unique stats, attributes, and skills. And this MOD also helps you with its features like unlimited gold & diamonds in creating the best team and gold mode & damage multiplier in combat. So, download the MOD now and enjoy its great features. Have a nice day.