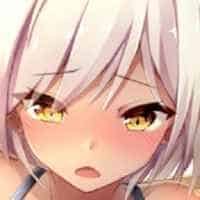 Download Lust Academy Deluxe MOD APK which has MOD Menu, Damage Multiplier, and God Mode. With these fantastic features, progressing through the storyline is a piece of cake. Thus, you can unlock all the pictures & cutscenes with ease. God mode makes you invincible and the damage multiplier increases your damage to the limit where you need only one hit to kill the enemies.

The path to becoming the best instructor in the famous magic academy is no longer out of reach. Use the mod features, train your witches, increase their combat power, and make them stronger than before. And before that, use the download button given in this post to get the latest version of the Lust Academy Deluxe MOD APK.

Lust Academy Deluxe is an action-packed adventure and shoot-them-up style game developed and published by the Peachbeach Studio. If you need a game with an interesting storyline, romance, school, fantasy, magic, and intimate lovemaking, then it’s the game for you.

The story is set in a fantasy world where magic is common. There’s an academy named Magus Academy where all girls join to learn magic and become powerful witches. But the methods of the teachers at the academy are now not so fruitful. They are unable to improve their power to a higher level. And they are unaware of that fact. Therefore, the academy invites you to teach the witch students using your unique method which is lovemaking to increase their power level.

It has the shoot’em up gameplay. You will choose your student, and equip her with types of equipment to increase her combat power so that she can easily complete the levels. At a level, you will face many types of enemies. They will spawn from the top of the screen and will shoot at you. You will have to avoid their attacks. Your student will automatically shoot their magic upwards.

You have to control & move her by sliding your finger on the screen. On killing the enemies, they will drop items such as HP crystals, power crystals, shields, etc. You can pick them to get buffs and become stronger during the battle. At the end of the level, you will face a boss with high HP. Killing that boss will clear the level. On completing the level, you will get up to 3 stars depending on your score and rewards like gold coins, exp, etc.

There are more than 20 witch students in this game. All students are beautiful and have unique playstyle, skills & magic-shooting styles. You can complete their familiar equipment set to unlock their power surge. The power surge is different for each student and provides a great assistant in the battles. You can also upgrade their skills to increase the skills’ effects & duration.

Lust Academy MOD APK comes with two features that you can toggle using the Mod Menu. The first one is damage multiplier and the second one is God mode. The details of these features are explained below along with the Mod Menu.

Mod Menu, as the name suggests, is a menu that contains MOD features as toggleable options. It lets you activate and deactivate whichever features whenever you want to use them or not respectively.

In the damage multiplier, you can input a value. Then on activating this feature, your witch’s damage will be increased by the times of entered value. In the early stages, you won’t need this feature. But at higher stages in which powerful enemies with high HP come to attack, this feature will be very helpful in killing them quickly.

Are your enemies overpowered who kill you easily and it’s so difficult to complete a level? Don’t worry. With the God Mode feature, you will be invincible. When activated, no matter how much damage you receive, you won’t lose any HP. It will be easy to complete levels.

Which features are included in the Lust Academy Deluxe MOD APK?

How many types of witches are there in this game?

There are three types of witches depending on their nature – Sun, Moon, and Star.

Lust Academy Deluxe MOD APK provides you with God mode and the damage multiplier to help you in your journey at the academy. And the interactive storylines with cute witch students will keep your mind & body engaged in the game. There’s no better shoot’em up style game than this one. You won’t regret downloading and playing this game. So, download this MOD now and enjoy. Have a nice day!