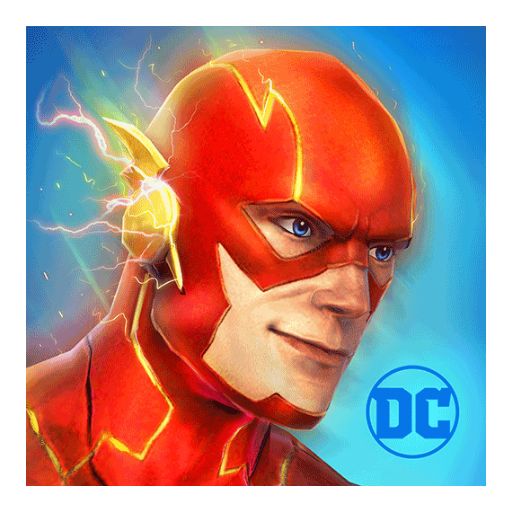 Download DC Legends Fight Superheroes MOD APK which has High Damage/Defense. DC Legends: Fight Superheroes is a role-playing game offered by Warner Bros. International Enterprises. It has more than ten million downloads on the Play Store. Make your team with the DC characters to fight against the dark forces and save humanity.

The DC universe is in danger. An unknown army of robots who call themselves Human Hunters have attacked the Earth. They have only one objective, to erase all life from the Earth. Many heroes are defeated and are trapped in the void. Their dark version is manifested with dark energy. They will also fight against you. You have to make your team with the remaining heroes as well as villains to defend the Earth and defeat the dark forces.

DC Legends MOD APK is a turn-based RPG game. You will make a team of up to 4 characters and fight against the enemies. A Group of 4 enemies will come in multiple waves. Your team will be on the left side and the enemy team will be on the right side of the screen. Each character has a green HP bar, a sky blue bar (if he has a shield), and a circle with the character’s class icon. Whose turn circle fills first will attack the other team. It depends on their speed.

When it’s your character’s turn to attack, you will see his abilities in the bottom right corner. Select any ability and then tap on the enemy to attack. You can take advantage of your class to deal extra damage. Defeat all the enemies to win the battle. You get XP meta-agents, EXP, essences, materials, or other items as a reward for winning the battle in the DC Legends MOD APK Unlimited Gems.

Superman, Batman, Green Lantern, Wonder Woman, Flash, Green Arrow, Shazam, Sinestro, Nightwing, Batgirl, Impulse, Hawk, Red Hood, Starfire, and many more DC heroes. Not only heroes, but you also have villains to make your ultimate team such as Sinestro, Deadshot, Deathstroke, Doomsday, Ares, Lex Luthor, Doctor Poison, Joker, Heat Wave, Gorilla Grodd, etc. in the DC Legends MOD. Each character has multiple abilities. You can upgrade your character with XP meta-agents, power rings & materials to increase their stats & abilities. There are three character classes: Power, Mystical & Energy. Take a look at this cycle: Power→Mystical→Energy→Power. Pick any class character. He will deal more damage to the next class’s character and less damage to the previous class’s character. Damage is normal to the same class’s character.

Campaign – In this mode, there are 8 chapters, each containing multiple levels. You will cover the story of the game in these chapters and fight against the dark forces that are threatening the life of the Earth. It has two difficulty modes: Normal and Heroic. In heroic mode, you will face enemies of a higher level but also get more rewards.

PvP Mode – Fight against the real players and win the battle to rise up in the leaderboard. The higher you go, the more rewards you will get when the season ends.

DC Legends MOD APK Unlimited Everything is the best feature you are getting in it. With unlimited money and crystals, you can unlock everything easily. Skills are also unlimited let you use the skills as many times as you want in the battles.